If you dial down the conflict, you can dial up the policy. 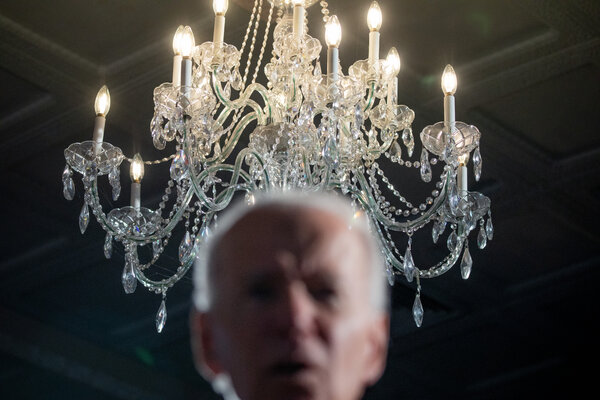 American politics feels quieter with Joe Biden in the White House. The president’s Twitter feed hasn’t gone dark, but it’s gone dull. Biden doesn’t pick needless fights or insert himself into cultural conflicts. It’s easy to go days without hearing anything the president has said, unless you go looking.

But the relative quiet is deceptive: Policy is moving at a breakneck pace. The first weeks of the Biden administration were consumed by a flurry of far-reaching executive orders that reopened America to refugees, rejoined the Paris climate accords and killed the Keystone XL oil pipeline, to name just a few. Now the House has passed, and the Senate is considering, the $1.9 trillion American Rescue Plan, a truly sweeping piece of legislation that includes more than a half-dozen policies — like a child tax credit expansion that could cut child poverty by 50 percent — that would be presidency-defining accomplishments on their own.

It goes on. The White House just sent Congress the most ambitious immigration reform bill in years. It midwifed a deal to get Merck to mobilize some of its factories to produce Johnson & Johnson’s vaccine, and now Biden is saying there should be enough of a supply for every American adult to get vaccinated by the end of May. Imagine! The administration is also working on an infrastructure package that, if early reports bear out, will be the most transformational piece of climate policy — and perhaps economic policy — in my lifetime. Biden is blitzing.

This is roughly the opposite of how Donald Trump approached his presidency. Trump combined an always-on, say-anything, fight-anyone communications strategy with a curious void of legislative ambition. He backed congressional Republicans’ unimaginative and ultimately doomed Obamacare repeal effort, and then signed a package of tax cuts tilted toward the wealthy. It was bog-standard, Paul Ryan-conservatism — nothing like the populist revolution Trump promised on the campaign trail. Trump signed plenty of executive orders, but when it came to the hard work of persuading others to do what he wanted, he typically checked out, or turned to Twitter.

Even so, Trump convinced many that he was a political genius whose shamelessness had allowed him to see what others had missed: You didn’t win by being liked, you won by being all anyone ever talked about, even if they were cursing your name. “Very often my readers tried to persuade me there’s no such thing as bad publicity, and Trump had proven that,” Jay Rosen, a professor of journalism at N.Y.U., told me. “All that mattered was you were occupying space in the spectacle — not what was actually happening to you in that glare.”

One rebuttal to that theory was always obvious. “Trump never got over 50 percent approval,” Rosen says. “He’s a widely hated man, a one-term president.” For all the talk of Teflon Don, Trump paid a price for his antics and affronts and scandals. Bad publicity actually is bad publicity.

But another way of looking at it is that Trump’s communication strategy was successful in getting Trump what he actually wanted: Attention, not legislation. Biden wants legislation, not attention, and that informs his team’s more targeted approach. “You can be all over every newscast and insert yourself in every conversation, but if you aren’t driving that conversation toward a focused agenda, it isn’t doing you a lot of good,” Kate Bedingfield, the White House communications director, told me.