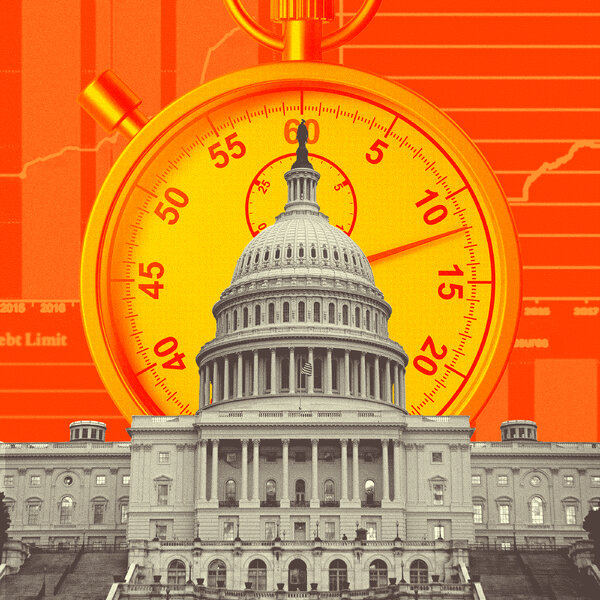 Mr. Strain is an economist and the director of economic policy studies at the American Enterprise Institute.

Senate Republicans say they believe the nation’s borrowing limit should be raised, and don’t want the United States to default on its financial obligations — they just don’t want any part in helping Democrats get it done. “This could not be simpler,” the minority leader, Mitch McConnell, said on Thursday. If the Democrats “want to tax, borrow and spend historic sums of money without our input, they’ll have to raise the debt limit without our help.”

But the debt ceiling must be raised — and it will be. The only question is how much economic damage Republicans inflict along the way.

To be fair to Mr. McConnell, his argument does make some sense. Democrats have been crowing about their 50-seat hold on the Senate. And they have threatened to expand the use of reconciliation, a procedure that allows for a simple majority instead of the 60-vote supermajority that would normally be required to create and expand social and climate programs. If Democrats are willing to use reconciliation to pass their $3.5 trillion legislative agenda, why don’t they also use it to allow the government to borrow the money needed to finance that spending?

The problem is that Democrats may not be able to raise the debt ceiling on their own. It’s unclear whether Senate rules allow them to revise an already passed budget resolution to include increasing the borrowing limit via reconciliation. And even if they can clear this procedural hurdle, it will require moderate members to vote again to allow up to $3.5 trillion in new spending — a politically arduous and time-consuming process. Meanwhile, the possibility of default looms, only weeks away.

One thing Mr. McConnell’s argument ignores is that lifting the debt limit would be necessary even if Congress didn’t spend another dime on Mr. Biden’s agenda. It must be raised because the government needs to borrow to pay all of its bills. And Republicans and Democrats alike are responsible for the gap between revenues and spending.