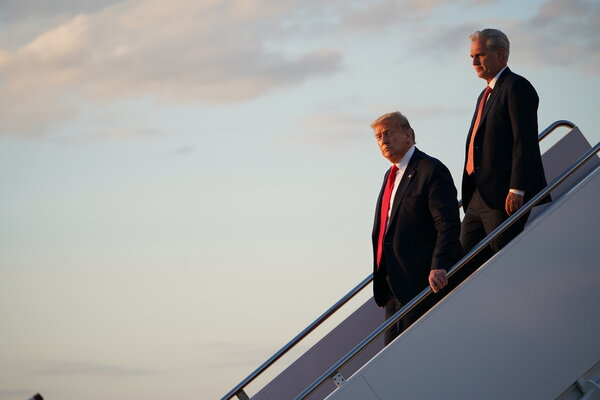 Gail Collins: Bret, I hate to begin with border immigration issues. Asking people “What do you think about Title 42?” isn’t generally the perfect conversation opener.

Bret Stephens: It sounds like the title of a discarded Joseph Heller manuscript. But of course you’re referring to a once-obscure provision from the 1944 Public Health Service Act, which the Trump administration used at the advent of the pandemic to enforce rapid expulsions of migrants at the border.

Gail: I knew you’d have a perfect ID for Title 42. And now the question is whether to keep that policy in place, for Covid-checking purposes.

Bret: The Centers for Disease Control and Prevention thinks it’s no longer necessary and will let it expire on May 23. This will very likely contribute to another giant surge in illegal migration — and another giant headache for vulnerable Democrats in the midterms. A bipartisan group of senators has urged Biden to extend the deadline.

Gail: Well, Joe Biden has to figure out some way to handle immigration requests, particularly at the southern border. What would you tell him to do?

Bret: I’m the son of a refugee and a fan of a liberal immigration policy. I’d build the wall to deter dangerous border crossings and to deny the issue to nativists, but I would also vastly widen the avenues to legal immigration, give immediate citizenship to every Dreamer, and offer immediate amnesty with a path to citizenship to every undocumented worker in the United States, provided they don’t have a felony record.

Gail: With you on part 2, but no wall! It sends such a terrible message — welcoming Ukrainian refugees while walling off the folks to the south.

Bret: We should welcome immigrants from everywhere. But I’m having trouble understanding why the administration is simultaneously trying to extend mask mandates, on grounds that we may be at the cusp of yet another Covid wave, while ending Title 42 enforcement. It seems inconsistent, not to mention politically inept. The headwinds Democrats face in the midterms will turn into a hurricane if the administration can’t align its policies with the political priorities of its vulnerable centrists.

Gail: OK, you’ve lured me over to a much simpler issue. Masks! We both hate them so much, but are you sure it’s time to get rid of them entirely? You fly a lot — how would you react to walking onto a plane full of naked faces?

Bret: Just did. To Chicago and back. It was absolutely wonderful. About half the passengers and crew still wore masks, which obviously is their right, and half of us didn’t, which ought to be ours.