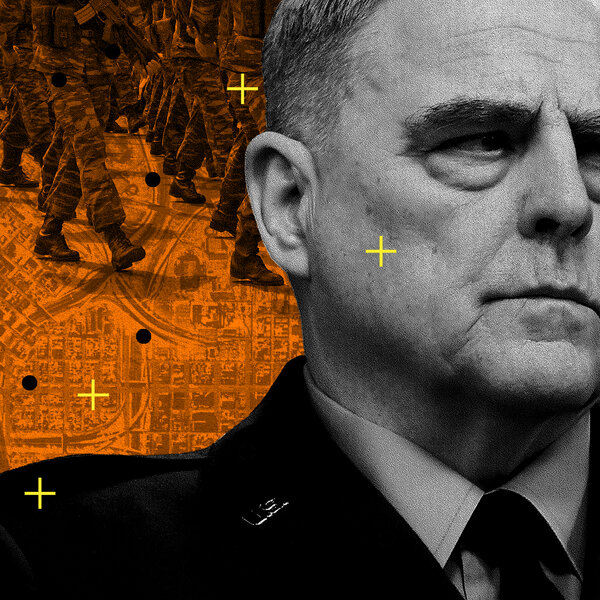 Re “What if There Wasn’t a Coup Plot?,” by Christopher Caldwell (Opinion guest essay, Sunday Review, Aug. 1):

I think Mr. Caldwell and I must have very different definitions of the word “coup.” He argues that the “day’s events are ambiguous.”

Let us review them: President Donald Trump, having lost a legitimate election, gathers a crowd of supporters, then he and his closest allies harangue them with stories about how he really won the election. The crowd is encouraged to assault the Capitol in order to disrupt the certification of the election — they must “stop the steal.”

As a result, an angry mob descends upon the Capitol, overwhelms the police and breaks into the building, seeking to harm elected representatives while Mr. Trump cheerfully watches the unfolding events on TV.

If that’s not a coup, please tell me what it is. Does Mr. Caldwell believe that, had his mob been successful, had the certification process been perverted under the threat of violence, Mr. Trump would not have eagerly grasped the opportunity to stay in office?

The events of Jan. 6 were not just a “political protest that got out of control,” but a deliberate attempt to undermine a peaceful and legitimate transfer of power. That Mr. Trump’s coup failed is not evidence of the absence of a plot, but testimony to the incompetence that characterized the former president’s entire term in office — incompetence for which we must be, in this one instance, profoundly grateful.

Christopher Caldwell could not be more wrong in describing the Jan. 6 insurrection as “something familiar: a political protest that got out of control.” A “political protest” is when people gather to shout slogans, wave signs, listen to speeches and otherwise voice their opinions.

In contrast, many of those who invaded the Capitol after listening to Donald Trump were armed with weapons such as stun guns and bear spray. As Mr. Caldwell himself acknowledges, they called for the hanging of Vice President Mike Pence. In short, they were prepared not for protest, but for violently assaulting, and possibly murdering, elected officials and the people protecting them.

Mr. Caldwell writes that “the stability of the republic never truly seemed at risk.” If so, it was far closer to being at risk than I’ve witnessed in my lifetime — or ever hope to again.

Christopher Caldwell asserts that “without the Covid-era advantage of expanded mail-in voting, Democrats might well have lost more elections at every level, including the presidential.” He goes on to suggest that Democrats, including members of the Supreme Court of Pennsylvania, deliberately sought to provide an advantage to Democratic candidates by expanding access to absentee voting.

Contrary to Mr. Caldwell’s assertions, there is no evidence that expanded absentee voting benefited Democratic candidates in the 2020 election. These findings are consistent with those of earlier studies that found no effect of absentee voting rules on partisan outcomes.

Alan Abramowitz
Atlanta
The writer is a professor of political science at Emory University.

I stopped reading this article when I came to this sentence: “The most dramatic and disruptive episode of Mr. Trump’s resistance to the election was Jan. 6, and that day’s events are ambiguous.”

Mr. Caldwell’s opinion on anything is in question if he thinks the events of Jan. 6 are “ambiguous.”

After the terrible destruction wrought by the Trump presidency, we are all finding that it’s easy to tear down but hard to rebuild. Sadly, many Americans mistrust our government to such an extent that they enthusiastically support ​Donald ​Trump’s celebration of the worst and his corresponding suppression of the best.

This is most noticeable in the loss of American prestige abroad, but ​Mr. ​Trump’s influence was such that it permeates every aspect of our government. It will take years to rebuild what ​he​ was able smash in a single term.

Let’s hope that ​Mr. ​Trump never makes it back to the White House. If he does, he will quickly undo all the rebuilding done by the current administration​ ​and continue his destruction of the American government. ​ It will be a destruction of such a scale and degree that future administrations and future generations will be hard pressed to reverse it.

“In Banning Bard College, Russia Sends a Message” (news article, Aug. 6) understates the problem posed by Russia’s designation of Bard College as an “undesirable” organization. Even for Bard College itself, the designation affects much more than its existing and planned programs in Russia.

The law, aimed at all foreign NGOs, has real teeth and it imposes criminal and administrative penalties, including substantial fines and serious prison time, for being a member of or a financial contributor to an undesirable organization.

That now includes all of Bard College faculty members who may wish to visit Russia for any reason, such as scientific collaboration with their Russian colleagues (who would also be placed in legal jeopardy), as well as Bard College alumni contributing to Bard and other Bard donors.

In July 2022 Russia will host the International Congress of Mathematicians in St. Petersburg. It remains to be seen how this new designation of Bard College will affect that meeting.

The Truth About Condos

As a former member of a condominium board in a small New England city, I appreciated reading David B. Habe​r​’s blunt piece about the perils of condominiums.

It is true that some residents refuse to support needed capital repair projects because the related costs hit them directly in the purse. Evidently, they believe ​that ​condos relieve them of the responsibility to, figuratively speaking, maintain the roof over their head.

Real estate agents who boast of a condo’s “low fees” are a serious part of the problem. They have created the impression that low fees represent prudent financial management. Nothing could be further from the truth.

Looking at Pictures at the Library

I was deeply concerned to read about the New York Public Library’s plan to remove the invaluable Picture Collection from circulation.

As a media historian who has been studying the collection for years, and as a professor who uses the collection as a teaching tool for visual culture classes, I have frequently quoted the longtime head of the Picture Collection, Romana Javitz, in my work, and her words are as true today as in 1936:

“There is so exhilarating a continuity in the usefulness of this type of library service that both the organization of the material and its development is never static. It keeps both staff and public alert and arouses a lively stream of cooperative reports from the public from whom we receive an amazing percentage of constructive and understanding suggestion, always in the spirit of keeping the collection one of live preservation and availability.”

I know of no other collection that treats pictures in this way. Rather than any individual picture, what is crucial to preserve is the model it represents of a picture collection as an alive and available physical site.