Produced by ‘The Argument’

Rent is soaring, but close to two-thirds of renters remain on leases because of financial reasons. In 2019, nearly 70 percent of millennials surveyed said that they could not afford to buy a home on account of rising prices, and the number of people in the United States without shelter has increased by about 30 percent in the past five years. We’re in a housing crisis.

[You can listen to this episode of “The Argument” on Apple, Spotify or Google or wherever you get your podcasts.]

There’s a ton of debate on how we should go about solving these issues, particularly in dense cities. People who are for building more housing units in cities argue that zoning restrictions should be reduced, which would increase the number of homes, ideally allowing supply to keep up with demand. On the other hand, some residents support strict land use regulations that prevent further development in their areas.

Today, Matt Yglesias, a D.C. resident, and Joel Kotkin, who lives in California, join host Jane Coaston to talk about the pros and cons of building more housing and single-family zoning and why moving to the suburbs isn’t the only answer. Also, the Times columnist Jamelle Bouie tells Jane about zoning policy in his city, Charlottesville, Va.

Mentioned in this episode:

“In Defense of Houses” by Joel Kotkin, published in City Journal

“How Blue Cities Became So Outrageously Unaffordable,” an interview with the Vox policy reporter Jerusalem Demsas on “The Ezra Klein Show” 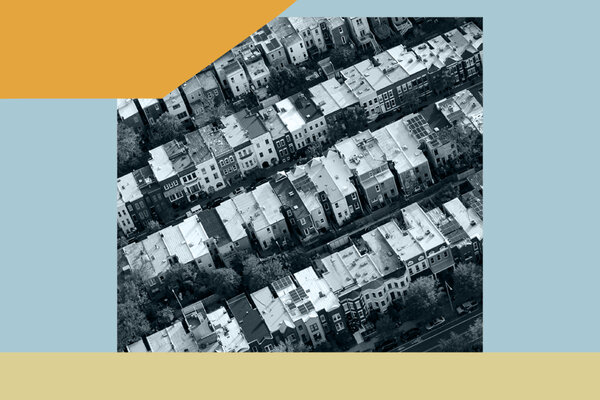 Thoughts? Email us at [email protected] or leave us a voice mail message at (347) 915-4324. We want to hear what you’re arguing about with your family, your friends and your frenemies. (We may use excerpts from your message in a future episode.)

By leaving us a message, you are agreeing to be governed by our reader submission terms and agreeing that we may use and allow others to use your name, voice and message.

“The Argument” is produced by Phoebe Lett, Elisa Gutierrez and Vishakha Darbha and edited by Sarah Geis; fact-checking by Kate Sinclair; music and sound design by Isaac Jones; engineering by Carole Sabouraud and mixing by Sonia Herrero; audience strategy by Shannon Busta. Special thanks to Kristin Lin.