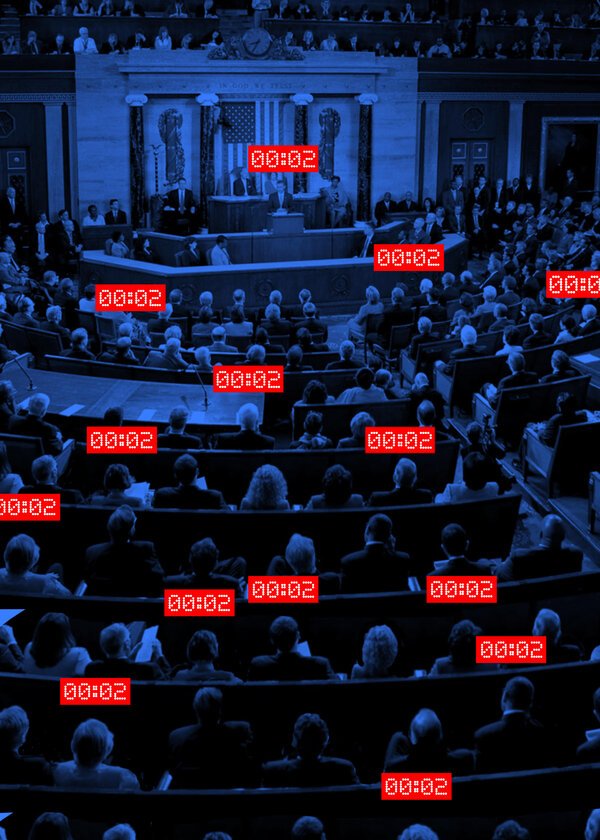 Mr. Pildes has spent his career as a legal scholar analyzing the intersection of politics and law and how that affects our democracy.

The ability of the American political system to deliver major policies on urgent issues is hampered by features of our institutions that we take for granted and rarely think about. Take the Constitution’s requirement that House members serve for only two-year terms.

Just a few months into a new administration, as the country grapples with issues of economic recovery and renewal, Congress’s actions are being shaped not by the merits of policy alone but also by the looming midterm elections. It’s not just the fall 2022 election; many incumbents are also calculating how best to position themselves to fend off potential primary challenges.

In nearly all other democracies, this is not normal.

The two-year House term has profound consequences for how effectively American government can perform — and too many of them are negative. A longer, four-year term would facilitate Congress’s ability to once again effectively address major issues that Americans care most about.

For several decades, party leaders in Congress have come largely to view the first year of a new administration as the narrow window in which to pass big initiatives. In a midterm election year, leaders resist making members in competitive districts take tough votes. In addition, much of “policymaking” discussion in Congress — particularly when control of the House is closely divided — is about parties’ jockeying to capture the House in the next midterms.

The president’s party nearly always loses House seats in the midterm elections. Since 1934, this has happened in all but two midterms. Yet it cannot be the case that all administrations have governed so poorly they deserve immediate electoral punishment.

So why does it happen so regularly? Presidential candidates can make vague appeals that allow voters to see whatever they prefer to see. But governing requires concrete choices, and those decisions inevitably alienate some voters. In addition, 21 months (Jan. 20 to early November of the next year) is too little time for voters to be able to judge the effects of new programs.

One of the most difficult aspects of designing democratic institutions is how to give governments incentives to act for the long term rather than the short term. The two-year term for House members does exactly the opposite.

In nearly all other democracies, parliaments are in power for four to five years. Political scientists view voting as primarily the voters’ retrospective judgment on how well a government has performed. Four to five years provides plausible time for that. But the comparison with U.S. House members is even starker than focusing on the two-year term alone. In most democracies, members of parliaments do not have to compete in primary elections; the parties decide which candidates to put up for office. But since the advent of the primary system in the early 20th century, members of Congress often have to face two elections every two years.

Moreover, in most democracies, candidates do not have to fund-raise all the time to run; governments typically provide public financing to the political parties. The two-year term, combined with primary elections and the constant need to raise funds individually, generates exceptional turbulence and short-term focus in our politics.

If you think American politics is not chaotic enough, imagine if the Constitution had adopted annual House elections.

One argument for the two-year term is that it provides an important check against exceptionally bad or dangerous administrations. (Certainly those who felt that way about the Trump administration were glad to have the opportunity to give Democrats control of the House in 2018.) Other democracies have found a different way to provide a safeguard against this possibility, even as their governments normally have four to five years to govern before voters are asked to judge their performance at the polls. The mechanism is a vote of no confidence; if a majority of a parliament votes no confidence in the government, a new election takes place, or a new government is formed.

As interim checks on government, midterm elections and possible votes of no confidence differ dramatically. Votes of no confidence, when successful, function as an exceptional check on governments. Midterm elections are a much cruder tool; in addition to the political turbulence they bring, they routinely punish virtually all administrations. This is not to advocate a vote of no confidence, which would have vast implications for American government, but to highlight that a two-year legislative term is far from the only means to provide an interim check on elected governments.

It’s unrealistic under current political conditions, but through a constitutional amendment, a four-year term for members of the House, corresponding with presidential terms, could be established. Longer terms might well facilitate greater capacity to forge difficult, bipartisan bills in the House, with members not constantly facing primary electorates. With one-third of the Senate still up for election in midterms, voters would retain some means for expressing dissatisfaction with an administration. Giving the minority party in the House greater power to initiate hearings and other measures would be another way to provide more effective interim oversight of an administration.

In discussions of the Constitution’s structural elements that we might well not adopt today, the two-year term for the House is rarely noticed. (Attention is usually focused on the Electoral College, the Senate or life tenure for federal judges.)

Yet as other democracies demonstrate, there is nothing inherently democratic about a two-year term. We do not recognize how distorting it is that soon after a president is elected, our politics are upended by the political calculations and maneuvering required by always looming midterm elections and their primaries.

Richard H. Pildes, a professor at New York University’s School of Law, is the author of the casebook “The Law of Democracy: Legal Structure of the Political Process” and the editor of “The Future of the Voting Rights Act.”