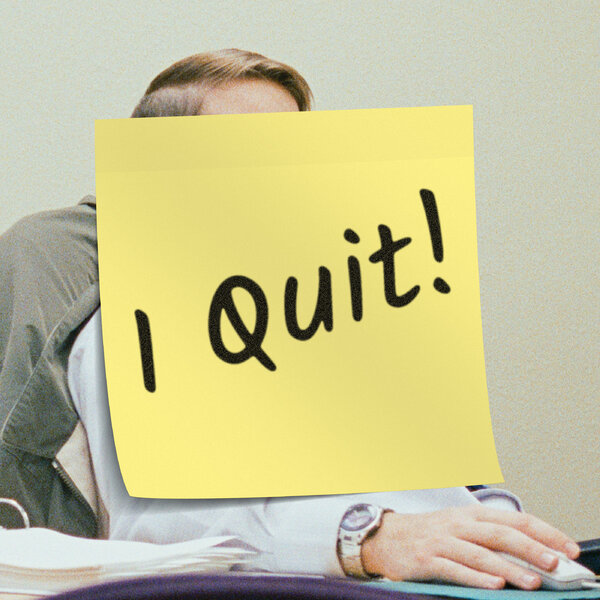 You know you’re a serious economics nerd when you’re waiting on pins and needles for the latest JOLTS — Job Openings and Labor Turnover Survey — results. Well, I am and I was. As it turned out, there wasn’t much news in the report released on Tuesday. But there has been a lot of news over the past few months, most of it good.

I wrote about JOLTS last month. It’s a survey that tracks, um, job openings and labor turnover — that is, movements into and out of the work force. So it gives a sort of dynamic picture of what’s happening in the job market, supplementing measures like the unemployment rate.

Last month’s report showed a surprisingly large drop in job openings for the month of August. This was, believe it or not, good news.

Many economists had been arguing that the unusually large number of job openings, even given low unemployment, pointed to a seriously overheated labor market, with some prominent economists arguing that a worsened trade-off between unemployment and openings — perhaps caused by a deterioration in the economy’s ability to match workers with jobs — implied that controlling inflation would require a substantial rise in the unemployment rate, perhaps for a long time.

Then job openings fell sharply without any rise in unemployment, reducing that argument’s force.

In the weeks that followed, I discussed this issue with several economists. Some suggested that the big August drop in openings was probably exaggerated by statistical noise.

Others, like Justin Bloesch at the Roosevelt Institute, argued that job openings are a problematic indicator of labor market tightness, and that one does better by focusing on the number of workers quitting their jobs — something that happens more when people feel confident in their ability to find new and possibly better jobs. Indeed, there has been a fairly close relationship between the rate at which workers are quitting in the private sector and wage growth:

Bloesch also pointed out that the quits rate had been falling without any rise in unemployment, a hopeful sign for our ability to curb inflation without a major recession. Here’s a picture of the past year:

So what did the latest JOLTS report show? Job openings rose slightly, suggesting that the August decline was partly noise — but they remain lower than they were in earlier months. As you can see from the figure above, however, quits continued to decline. The most likely story for the past year and a half is that the economic disruptions caused by the pandemic led to a lot of reshuffling of the labor force, prompting an unusual number of workers to quit in search of better jobs. For a while, we became a nation of quitters — but in a good way, as Americans pursued new opportunities.

As the economic situation has normalized, however, the unusually high number of quits has declined, and so has the pace of wage increases — although that pace is still too high to be consistent with the Federal Reserve target of 2 percent inflation.

Overall, the JOLTS data was consistent with the view that the labor market is continuing to cool even though unemployment hasn’t yet begun to rise, which suggests in turn that we might be able to have a relatively soft landing.

But wait, there’s more. One of the really odd things about 2022 is the fact that labor productivity — the amount produced per hour of work — has actually declined, with strong growth in employment but weak growth in real gross domestic product for the year so far. That’s not normal. Technology is still moving forward, not backward, and business investment has been equipping workers with more capital goods. So what was going on?

Some analysts have attributed the decline to “quiet quitting” — i.e., an epidemic of shirking on the job. But I’m with Adam Ozimek, who thinks it isn’t quiet quitting, it’s actual quitting. That is, I don’t believe there’s a lot more shirking going on than there was in the past. But there has been an unusual amount of churn in employment, and the need to bring people new on the job up to speed has probably been depressing productivity.

If that’s the right diagnosis, declining quit rates should deliver a double bonus in the fight against inflation. History suggests that reduced quits will reduce wage pressure — I want workers to earn more, but we do need to bring the rate of wage growth down. In addition, a reduced quit rate will lead over time to fewer inexperienced workers at any given business, which should end the productivity decline and in fact lead to a temporary bump in productivity as things settle down.

We’re not there yet. The private sector quits rate was 2.9 percent in September, down from 3.4 percent last November but still up from 2.5 percent before the pandemic. So the labor market still looks overheated, but it does seem to be cooling, among many indicators suggesting that inflationary pressures are abating.

There’s more that I could say about all of this, but you know what? I think I’m going to quietly quit on that note of guarded optimism.

Is working from home good for productivity?

Feedback
If you’re enjoying what you’re reading, please consider recommending it to friends. They can sign up here. If you want to share your thoughts on an item in this week’s newsletter or on the newsletter in general, please email me at [email protected]

Some psychedelic bluegrass while you’re shirking.