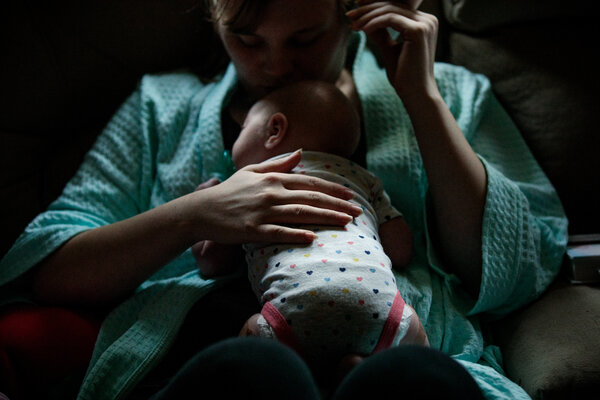 By The Editorial Board

The editorial board is a group of opinion journalists whose views are informed by expertise, research, debate and certain longstanding values. It is separate from the newsroom.

When the federal government started sending monthly checks to families with children earlier this year, Democrats predicted that the program would be a big hit. They were counting on public support to extend the payments beyond this year, and to pass a broader expansion of federal aid for families.

So much for that.

Enthusiasm has fallen short of the party’s expectations, and Democrats are facing a gut-check moment. The Biden administration is struggling to win the unified support of Senate Democrats for an expansion of social welfare programs, and public opinion polls suggest that the misgivings of centrist Democrats, notably those of Senator Joe Manchin of West Virginia, are shared by many Americans.

One sign of the change in political weather: A Gallup poll last year found that 54 percent of Americans thought government “should do more to solve the nation’s problems,” the highest level in the nearly three-decade history of the annual poll. This year’s results, released this week, showed that only 43 percent now support that statement.

Some Americans see evidence that Democrats are trying to do too much. Others think that Democrats are losing a war of ideas that is undermining public support for necessary change. The most optimistic predict that voters will come around.

The rocky launch of the child benefit suggests there is some truth in all three explanations.

This board continues to support the Biden administration’s spending plans. In addition to the monthly benefit payments, the administration and its congressional allies are proposing to mandate family leave, to provide child care subsidies and funding for prekindergarten and to expand access to affordable housing and health care.