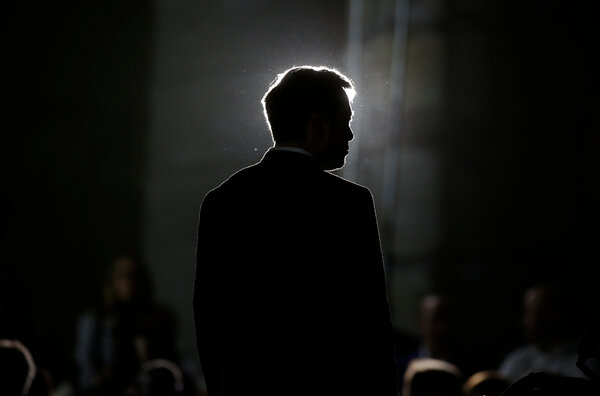 Bret Stephens: Happy Easter, Gail. The news has been so depressing lately. A crazy guy opens fire in a subway in Brooklyn. The Russians are committing atrocities in Ukraine and are about to start a major offensive in the east. And my tuna melt on rye costs $21 at a not-much-to-look-at New York City diner, not including the tip.

Anything cheering you up?

Gail Collins: Happy holidays to you, Bret. This is one of the many times in recent years when I’ve appreciated the role professional sports play in our lives. You meet a friend who starts listing all the things about the world that could plunge anyone into depression and at some point you can break in with: “But say, how about those Mets?”

Bret: The Mets are off to a strong start but give them a few months and they’ll be depressing you as well.

Gail: Otherwise, I guess it’s reasonable to at least note that winter’s over, job openings are way up in the past year, and the subway shooting was miraculously — miraculously! — without fatalities.

I admit that the last one is not an ideal example of cheery news.

Bret: “Crazy Guy Aims, Shoots, Misses” could also be a contender for the next Russian national anthem.

Gail: Love the way you think.

Bret: The strong employment numbers are obviously good news. But let me put the dark cloud inside your silver lining: The Wall Street Journal reports that roughly three million Americans have dropped out of the work force, often for health reasons, and that that labor shortage is going to keep inflation high. This strikes me as yet another good argument for offering every Ukrainian refugee a green card.

Gail: Even before the pandemic, we were moving into an era in which our birthrate was just not providing enough future workers to keep the economy going. Immigrants shouldn’t just be tolerated; they should be welcomed with marching bands.

Bret: The other big story of last week, Gail, is Elon Musk’s offer to buy Twitter at $54.20 a share. Half the punditocracy seems to think this would be great; the other half thinks it’s the apocalypse. Where do you come down on this?

Gail: Am I nuts to think this is not going to happen?

Bret: You’re not nuts. The Twitter board seems determined to stop him, and Musk has been known to pull stunts like this before. Also, the 4.20 in $54.20 is an inside joke about getting high.

Gail: Lord help us. Even if Twitter tanked, wouldn’t there be some new post-Twitter communications system coming around the bend soon? You’re 10 times smarter than me about this stuff, so tell me what you think and I’ll adopt it as my theory. At least for the spring.