SYDNEY (Reuters) – Australian financial planning giant AMP Ltd (AMP.AX) said on Wednesday it was putting all its assets under review, setting in motion a potential sale or break-up of a company that has seen its profit and reputation weakened by years of scandals. 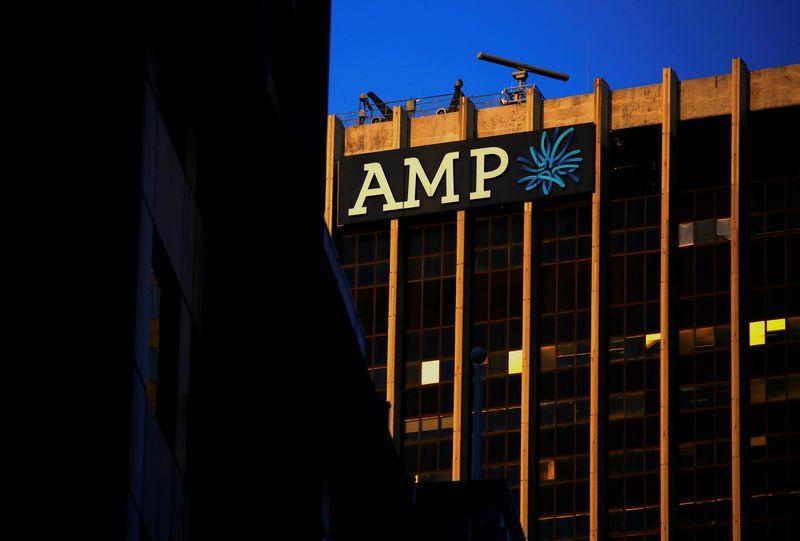 The veteran manager of Australian retirement savings said it had hired investment banks Credit Suisse and Goldman Sachs to review all its business units after “an increase in interest and inquiries”, without saying from where.

“We have taken a decisive step to undertake a portfolio review to ensure we appropriately assess all options to maximise shareholder value,” AMP Chair Debra Hazelton said in a statement.

A sale or break-up could mean the end of a household name in Australian retail finance which manages some A$219 billion ($161 billion) in retirement savings and as a fund manager, according to a July trading update.

AMP’s reputation plummeted after a public inquiry into the financial sector exposed systemic wrongdoing such as the charging of fees for no service, leading to the exit of its chair and CEO in 2018.

It has failed to put those scandals to bed and only last week it lost another chairman over its handling of an employee misconduct complaint.

“They are saying that they’re reassessing things in light of some approaches and I’d expect any board to do that,” said Simon Mawhinney, chief investment officer at Allan Gray, which holds 6.6% of AMP stock.

“SHAKE OUT SOME INTEREST”

One of Australia’s biggest listings when it undertook an Initial Public Offering in 1998, AMP has seen its market capitalisation shrink to as little as A$3.7 billion this year as it sells assets and as investors, many of them former customers who automatically received shares upon listing, distance themselves from the negative headlines.

Before Wednesday’s announcement, shares of AMP were trading up to one-fifth below their value based on a standard method of adding up the individual assets, said analysts at JPMorgan in a research note. A buyout of the whole business may see the company valued closer to its true value of about A$6 billion, they added.

AMP shares were up as much as 7% by mid-session, against a broader market gain of 1.6%, as investors bet on the likelihood of a transaction.

“They saw what happened with IOOF and MLC and they’re hoping to shake out some interest.”

Dive did not expect AMP to push for a sale of its wealth management division, AMP Capital, which he said was seen as “the jewel in their crown, the only part of the business that’s consistently profitable.”

An investment banker who asked not to be named said AMP’s main business units – wealth management, funds management and banking – were closely integrated so a break-up may be difficult.

Like much of the Australian finance sector, AMP has been selling assets to simplify and minimise regulatory headaches. It sold its life insurance unit this year, although it scrapped plans to offload its New Zealand wealth management arm.